I was introduced to the work of Thomas Jackson by one of my friends at a different university. I’m fascinated by Jackson's work, about the concept, how it was created and his ideas behind them. The originality of this work makes it more appealing like the work of David Spero which I discussed earlier.
Jackson has an ongoing project titled "Emergent Behaviour" which presents ideas of surrealism where he photographs various random objects in swarms and clusters - eg. Things like leaves, plastic cups, ping pong balls which are photographed in various locations often in natured environments. The large scale of the environment and the objects which he shoots in I feel makes the images more powerful because they're obviously very thought about and planned, taking every aspect into consideration.
Originally I thought these photos were computer generated however I later read into how they aren't computer generated just a composition of various images sandwiched together. 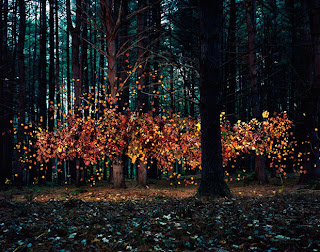 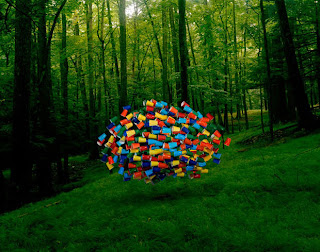 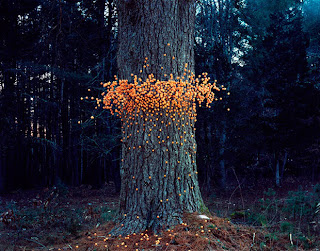 These photographs fascinate me however many times I look at them. I will be referring to the work of Thomas Jackson hopefully in later projects and will be using him in my own personal photography as inspiration.